‘Dive through the window of opportunity’ 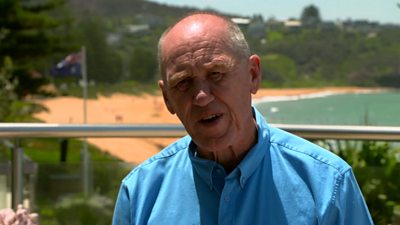 Technology boss Steve Killelea says entrepreneurs must act fast when a business opportunity arises. Mr Killelea, the founder of Australian IT firm Integrated Research, says that they also need to be able to adapt and change.

He was interviewed for a new mini-series called Paths to Success.

"Many threats remain, with rising inflation potentially tipping the economy into recession, continued uncertainty about our future trading relationship with the EU, a resurgence in Covid cases, a changing global climate, and rising interest rates all continuing to...

END_OF_DOCUMENT_TOKEN_TO_BE_REPLACED

Kitty Ussher, chief economist at the Institute of Directors, the UK employers' group, said: "What business hates most is uncertainty and instability, which heightens the sense of external risk. Having said that, we recognise that this is an issue for the Conservative...

END_OF_DOCUMENT_TOKEN_TO_BE_REPLACED

Will Nadhim Zahawi change tack on the economy?

He acknowledged both he and the prime minister wanted a "low-tax, high-growth economy, and world class public services", but Mr Sunak said this could only be "responsibly delivered if we are prepared to work hard, make sacrifices and take difficult decisions".